Children and Polyamory: The Kids Are Alright

Children and Polyamory: The Kids Are Alright

Back in 1981, as a freshman at Cornell, I remember many late nights with friends, eating pizza and smoking pot in each other’s dorm rooms, discussing how we wanted to live our lives after we graduated and (presumably) got married and had kids. Perhaps it was our youthful idealism, but we kept coming back to the idea of raising our children together in community.  It just felt right. For me, the idea stuck.

In 1989, to collect data for my doctoral thesis on children in community, my girlfriend Guin and I crisscrossed North America in a Westfalia camper van searching for utopia while visiting over 30 communes. It was great!  We discovered the many uses of soybeans, I got the hang of wearing a skirt, and I learned more the first DAY I stepped foot in an actual community than the two previous years I spent studying and surveying them. Guin and I were married in 1991 and in 1992 we moved to Findhorn, a new-age community in northern Scotland.  A week after our arrival, we began opening our marriage, a difficult process I describe in this post.  It was another seven years before we became parents ourselves. Our daughters, Piper and Sage, are now 12 and 16.  So we’ve thought quite a bit about this topic hår under armarna tjejerhår under armarna tjejer

In our quest to understand communities, we learned that one of the most salient features of utopian writers and practitioners throughout history is their experimentation with the concept of the family. For example, in Plato’s Republic, marriage was forbidden, wives were “communalized,” and children were separated from their parents and considered orphans of the state. In Utopia, Thomas More suggested that children be redistributed among families so that none have too many or too few.  And from the 1920s to 1997, many Israeli kibbutzim experimented with children’s houses where children lived and learned apart from their parents.  The communal scholar, Rosabeth Moss Kanter, described all these new family forms as indications of a cultural shift toward what she called the “postbiological family”.

So, what impacts do postbiological and, more specifically, polyamorous families have on children?  It turns out, despite widespread fears that such families will lead to instability, confusion, unhealthy emotional development, attachment issues, and the erosion of “family values”, there is absolutely no evidence that children are harmed by healthy polyamorous relationships.

On the contrary, having multiple, caring adults in children’s lives — whether due to polyamory, communal lifestyles, or extended families — offer many benefits and generally means more available resources, such as experience, money, time, etc.  For example…

It’s not all puppies and sunshine, however.  There are also potential downsides of such relationships.

Okay.  Having said all that, what are some things to keep in mind if you find yourself in a polyamorous family?  While writing this post, I interviewed both my daughters and will offer a few stories and advice in response to some common questions:

When should I tell my child(ren) I am polyamorous?

How can I tell my child(ren) without freaking them out?

How should I respond to my child(ren)’s questions about polyamory?

What should I ask my child(ren) to call my partner(s)?

How should I introduce my partners to my child(ren)?

Should my child(ren) keep my polyamory a secret?

Any suggestions on how to deal with grandparents?

What about my child(ren)’s friends?

Should all adults co-parent or should we leave it to the biological parents?

How do I deal with teachers, doctors, and other professionals who care for my child(ren)?

How do I support my child(ren) when a partner leaves?

Do you encourage your children to develop bonds with your lovers? How?

Children can add a lot of complexity in polyamorous relationships, but they also add a lot of meaning and opportunities to create new “stories” for ourselves and, hopefully, future generations.  For me, polyamory is about breaking down barriers to intimacy and recognizing our fundamental interbeingness with each other and all life.  If children within polyamorous households grow up with an expanded sense of family and love, then I think we are helping the world move towards greater abundance and compassion.

Featured is a drawing that Piper did of our polyamorous family in December of 2015.   (from left to right: Morgaine, Lance, Art, Guin, Piper, Sage)

via Conscious Polyamory: A blog about loving more than one https://consciouspolyamory.org 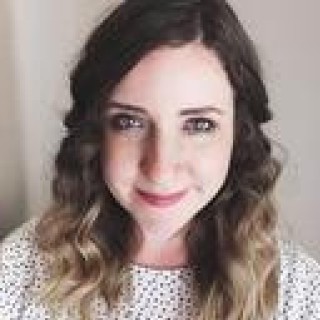